Google Fi Phone Subscription Program – All You Need to Know

As we know that Google has a successful line of phones and products. Recently, Google has offered a different phone plan under the name of Google Fi. It is offering simpler pricing and smarter coverage to the users under the name of Google Fi. There are lots of benefits to Google Fi. First, you can join it from the home. It means that you don’t need to reach to the stores. You don’t need to contact with others. It doesn’t require any kind of activation fees. Secondly, it is offering two different kinds of plans to the users. You can select the best plan according to your requirements. Thirdly, it is offering the full-speed tethering to the users. As a result, you can stay connected to all the devices. You can call your loved ones with little or no cost.

Google Fi At A Glance:

Google had launched its MVNO in April 2015 with the Nexus 6 only. After that, this project was known as Project Fi. In 2016, Google had expanded this project to the rest of the public. After its expansion, it was tricky for the people to track its accurate number of subscriptions. In 2018, Google has rebranded its project. It has rebranded its project from Project Fi to Google Fi. When it was rebranded, Google grew the support of its projects to some other projects. Among the MVNOs, Google Fi has a unique presence. Its reason is that for the coverage point of view, it is combining the T-mobiles and US cellular networks. This combination of the Google Fi is providing the best services to the users at all the places. If your phone is 5G capable, Google Fi will tap into nationwide 5G.

The Best Plans Of Google Fi:

Google Fi is offering two different plans to the users. The first plan is with unlimited data. On the other hand, the second plan is available with flexible data. It means that you can use it on the go. Both plans have their perks. You just need to select the best plan according to your requirements. Google Fi is also providing the best options for users up to six lines. Therefore, it is the best service for large families. These two plans of the Google Fi are explained below;

If you want to save money while using Google Fi, you should opt for its flexible plan. In its flexible plan, you will have to pay just $20 per month. Moreover, you will have to pay per gig of the data that you are using. There is a certain threshold of Google Fi. When you will cross this limit, you can enjoy the free data access. The free data access is 6GB/month for each line. Moreover, it will also allow subscribers to use high-speed data without any subscription fee. The volume of high-speed data will be 12GB. It means that you don’t need to pay for the extra amount of data that you are not using on your mobile phone. If you are travelling to another country, you will have to face lots of problems to contact with your family. For this reason, you will have to buy a new SIM from that country. If you have subscribed Google Fi plan, you don’t need to worry about these things. By using this subscription plan, you can send text messages and make calls. You can also use the data at the standard rates. To sum up, we can say that it is the best subscription plan for those people who want to send texts and make calls at flexible rates.

According to a Assignment Help firm, this plan of the Google Fi is available for those people who require a huge amount of the data. In the unlimited plan, you will get 22GB/month high-speed data from the Google Fi. If you want to subscribe to this plan for one person only, you will have to pay $70/month. After subscribing this plan, you can enjoy the mobile hotspot connection. You can also stream the live videos at the DVD quality. In the unlimited plan, Google Fi is also offering Google One membership. After availing this membership, you will get the 100GB of cloud storage. It is also one of the best subscription plans for those people who use to travel in different countries. By using this subscription plan, you can easily send text messages and make the calls. In your monthly plan, you can make free calls in 50 countries. If you are making calls outside of these 50 countries, you will have to pay for calling. To sum up, we can say that this subscription plan is the best plan for those people who want to use an ample amount of data and who want to spend enough time outside of the country. 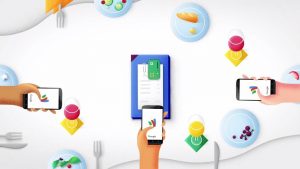 Which Is The Best Plan For You?

Google Fi is also competing with its competitors. First of all, it has become the most affordable subscription plan for users. Its reason is that it is offering more data and other services to the users at the lowest prices. Moreover, it has three different host operators. On the other hand, other companies have just one or two host operators. It is also the best choice for those people who spend most of their time traveling.